Expectations are set for approximately a 25% increase in Olive Oil prices in the coming months.

Spain produces nearly half of the world’s olive oil. It along with other parts of Western Europe which produce olive oil, including Italy and Portugal, have been experiencing extreme temperatures, fires and a lack of rain in recent weeks.

Olives require rain simply to grow; but also in the final couple of months of growing, need the precipitation to help them to ‘swell’ or ‘fatten’. The more that they are able to do so, the higher the overall yield.

Producers have warned that the impact of this on the price of olive oil has not been observed due to 12 month contracts being in place.

However, in the next 3-4 months this will become apparent within the UK market. 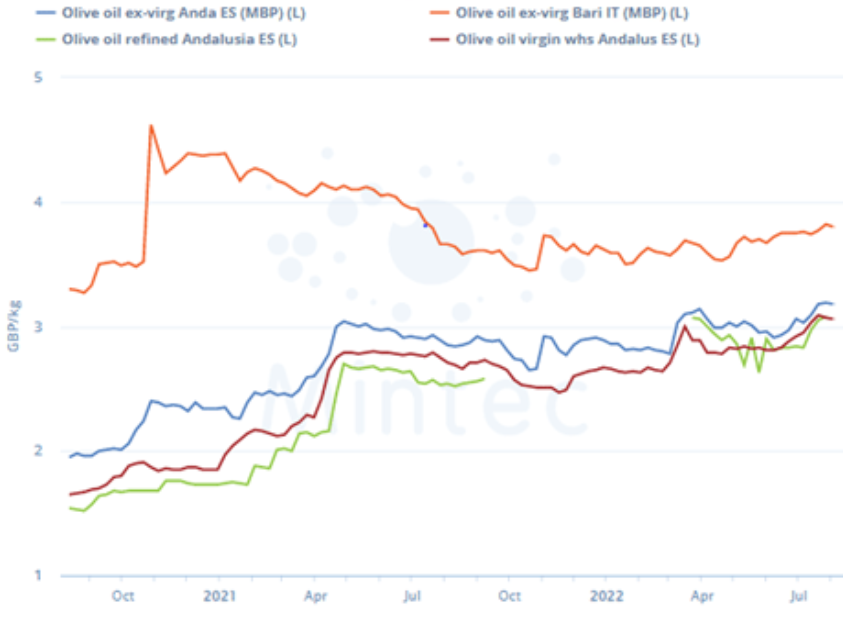 In July the Mintec benchmark price for extra virgin olive oil rose to its highest level so far this year, up by 7.3% on the previous month and 14.2% on the previous year, according to the market research group. 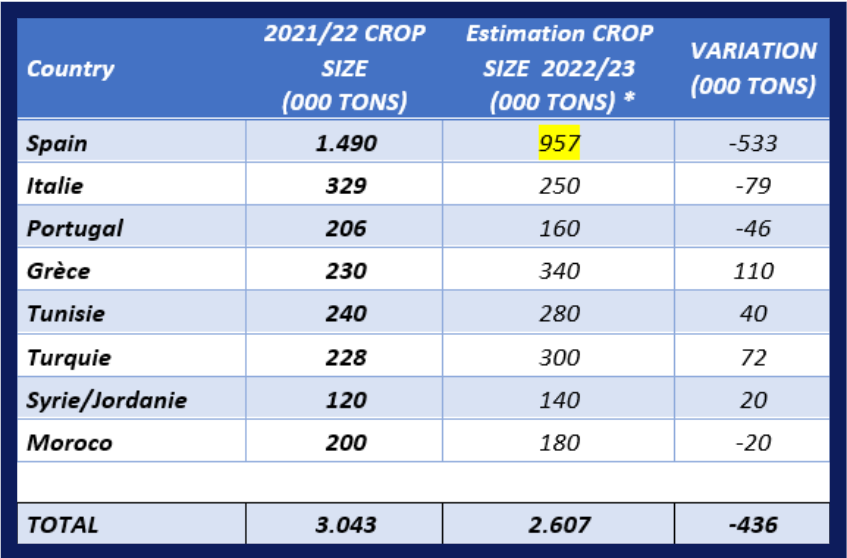 Above the expectation of what might be coming across different regions. Andalucian crop expected at only 1.1m MT, while some industry sources estimate even lower at 957k MT.

There is some merit for customers intending to buy Extra Virgin Olive Oil and use this within the next 3 months, to purchase immediately.

However, given that the quality quickly degrades 12 months after production, any longer contracts should be closed in line with the new crop (December – January) in order to ensure quality/longevity.