Sweetcorn is a variety of maize/corn with a high sugar content. It is often eaten as a vegetable, and is considered sweeter and more tender than field corn, which is used primarily for animal feed, ethanol production, and industrial uses.

Processed sweetcorn can be found in various styles, forms, and grades. Canned corn can be cream style with large or small pieces of kernels in a thick, creamy sauce prepared from corn salty sugar or water, and sometimes small amounts of starch. We supply canned style with the kernels generally whole and packed in a clear liquid.

We can supply the following products:

The upcoming season for corn/maize is expected to have lower yield and availability due to high temperatures and low rainfall impacting this year’s crop, combined with a reduction in maize acreage.

Prices are expected to increase compared to the previous year, but not as much as in 2022. Producers’ pricing will be available earlier in February, and it is important to prepare demand and forecasts accordingly.

The global production of corn is expected to fall short of demand, with lower figures in the United States, Argentina, and Brazil, and increased exports from Brazil and Ukraine to cover the European and North American markets.

In Europe, the price of corn has increased by 22% YoY due to the challenging crop and no carryover from the previous year. The availability of other feed crops is also affected by the corn shortage, and many key producers are switching to more profitable alternatives such as oil seed crops.

Food manufacturers are advised to be cautious and flexible with their origin planning in order to reduce risk and improve availability.

IQF (individually quick frozen) sweetcorn and canned sweetcorn are both popular options for food manufacturing, each with its own set of advantages: 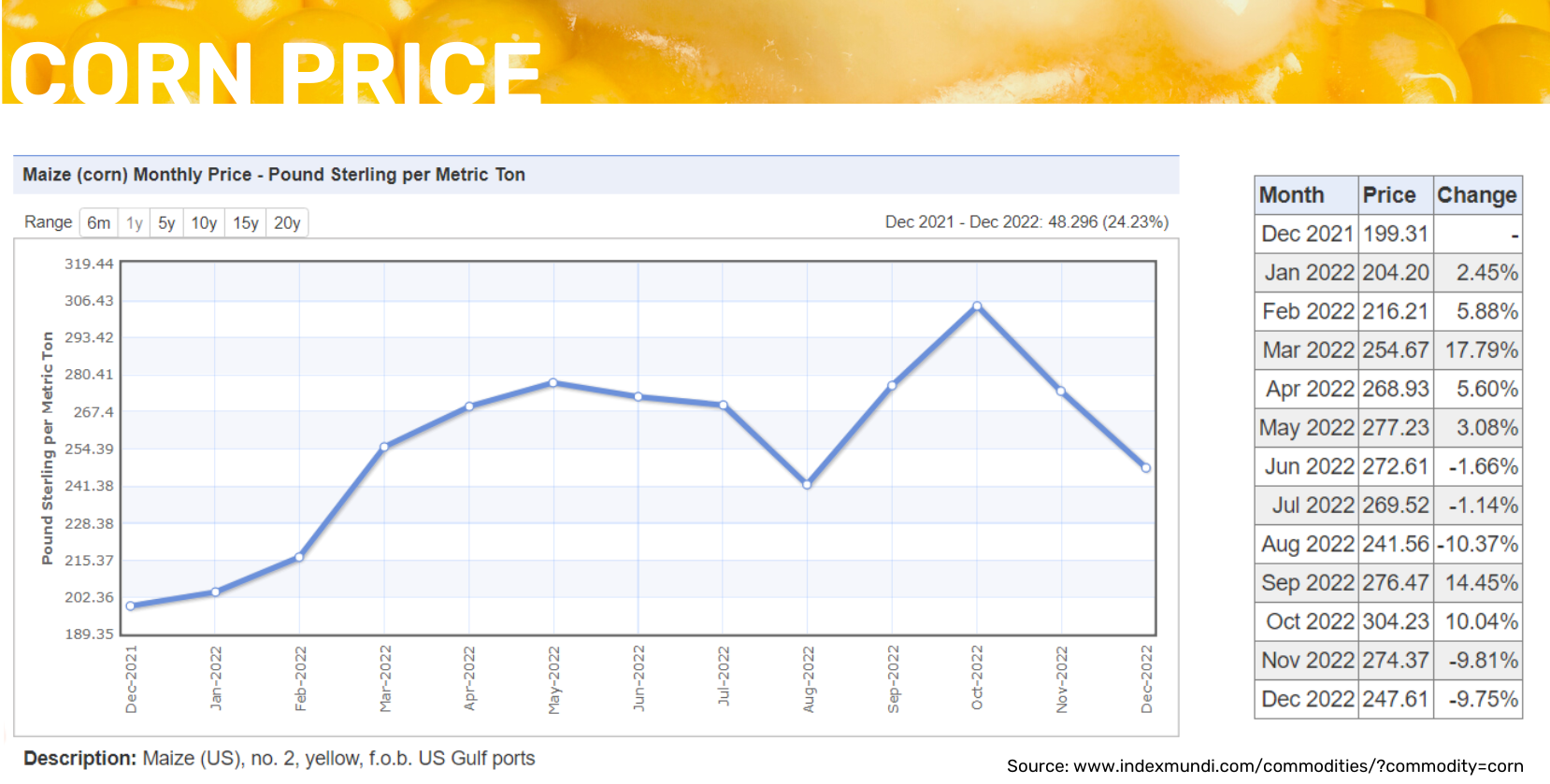 In Hungary, a significant portion of sweetcorn production is processed by canning and deep-freezing companies, with 66% of the harvested crops being canned and the rest being quick-frozen tubular or crumbled products. The majority of sweetcorn products made in Hungary are exported, with Germany being the main buyer and Hungary and France dominating the EU market. In the EU, France is the second largest producer of sweetcorn after the United States and accounts for over 50% of the EU-25 production. France exports a majority of its canned sweetcorn production, mainly to European markets, with Spain being its main buyer.

New studies suggest that sweetcorn will be more difficult to produce in the future due to climate change. The study found that small temperature changes have a greater influence on crop yield compared to small precipitation.

Extreme temperatures during flowering can influence pollen viability, fertilization, kernel abortion, and other processes. Additionally, the study found that irrigation could ameliorate the effects of extreme heat, but climate scenarios also warn water could be in short supply in the future. The authors note that if sweetcorn yield and quality continues to decline due to climate extremes, planting times or production areas may need to shift to avoid the hottest temperatures.

The general cost involved with canned sweetcorn include:

It should be noted that the costs of these items may vary depending on location, season, availability, and other factors.